In order to send support to a member of your corporation or clan, select "Support" 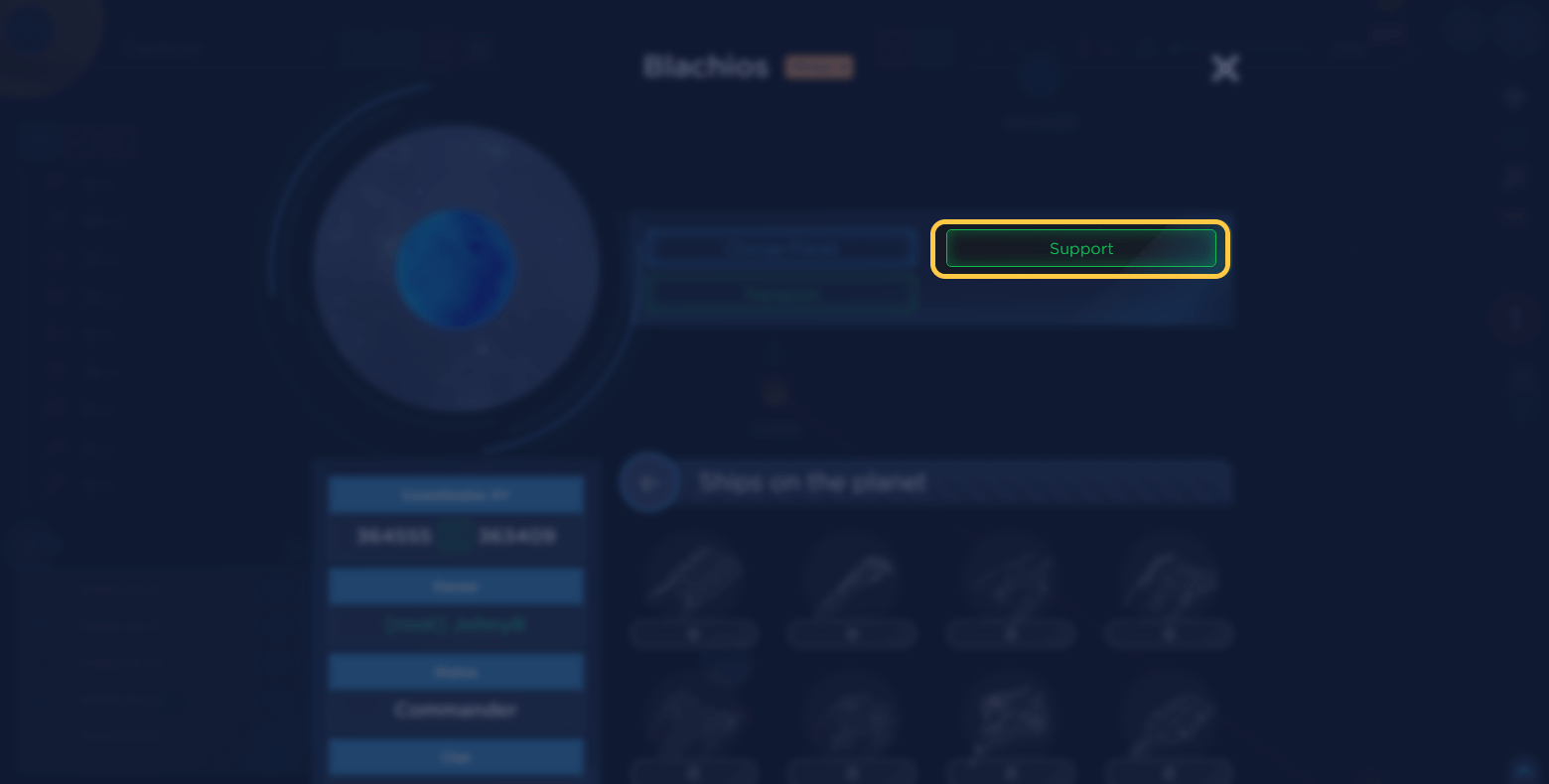 The received Support is visible in the lower left information block.

Support cannot be sent to the Blockade!

After 6 hours, the surviving support ships will automatically go back to the sender. You can also cancel the support sent from the Radar at any time yourself, or it can be canceled by the player to whom you sent it. You can send an unlimited number of supports to different planets to players of your corporation.

IMPORTANT! When sending a Support, the energy will not be deducted from the sender. However, if the player who received support decides to launch it into the attack, then he will have to pay for the energy refueling to send the support to the attack.