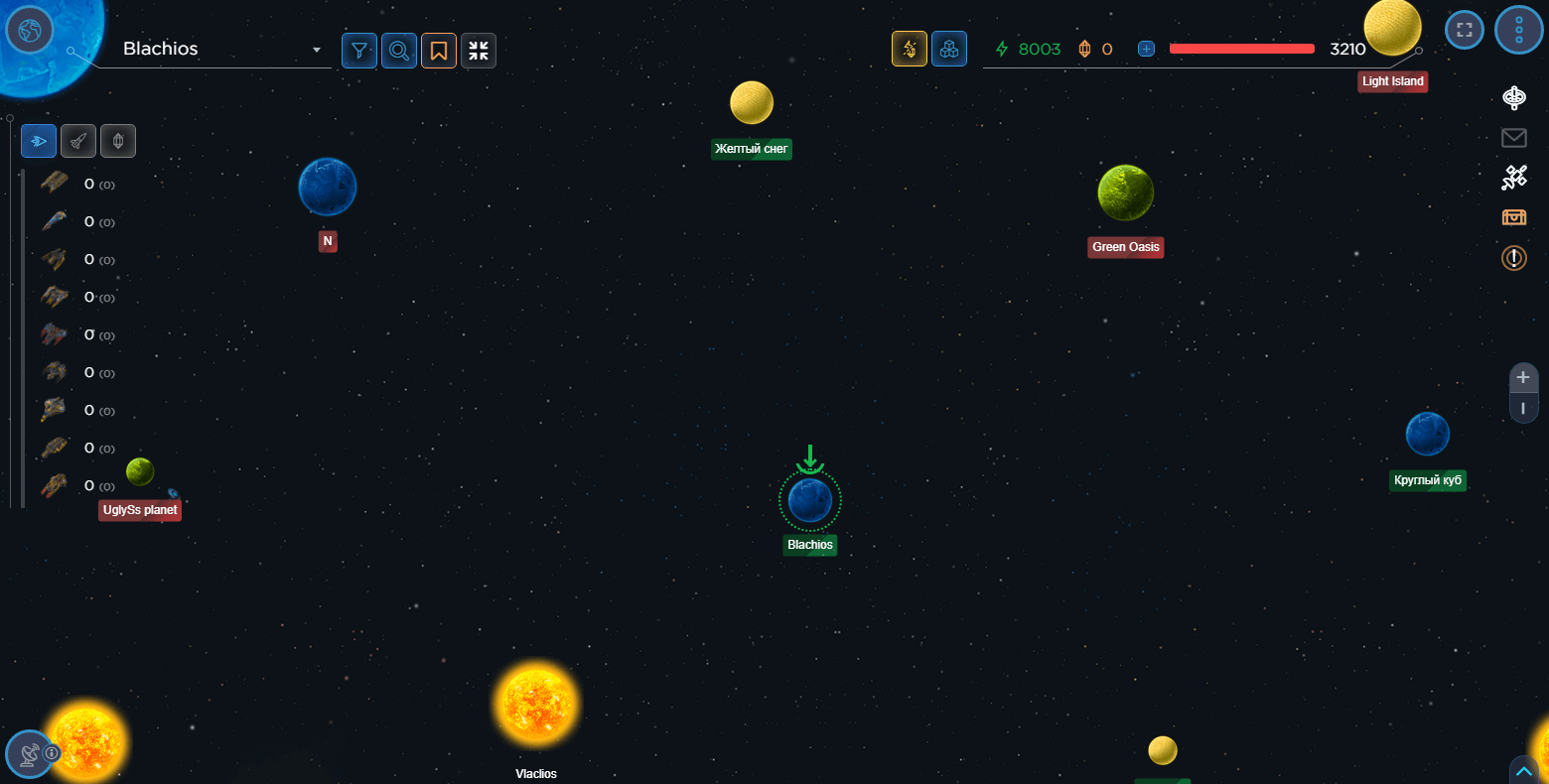 Scouting - you can scout other players' planets and see their fleets and buildings (with successful exploration).

Counterintelligence - Similar to Intelligence, but not happening on the planet, but by oncoming intelligence of the enemy fleet in space (fights in space).

Attack - you can send your fleet to attack other players' planets. In case of a successful attack, the fleet will bring you back the player's resources that he is able to carry away (depends on the total cargo of the ships in the fleet). Player’s buildings on the planet can only be destroyed if the attacking fleet has special types of ships to destroy planetary buildings (planetary bomber Valkyrie).

Counterattack - Similar to the attack, but it does not happen on the planet, but by counter-attacking the enemy fleet in space (fights in space).

Occupation - you can capture free planets or planets of other players, provided that you have destroyed all the defensive constructions of the player on the planet with the help of Attacks with special ships for planetary destruction (planetary bomber Valkyrie).
ATTENTION! Free planets do not mean that they are empty! They just don’t belong to other players. The free world may often include a pirate fleet and buildings! Always use the Intelligence before sending the Titans!

Support - you can move your fleets and ships between your planets. For example, in order to support your planet when it is attacked by other players.

Any action - Scouting / Attack / Occupation / Transportation takes a certain time. And the farther the objects are from each other, the more time it takes the ships to do this. For example, it may take hours or even days to fly from one edge of the Galaxy to the other!

ATTENTION! The Exploration, Attack, and Occupation buttons may not be active if the player’s planet is protected by Shields (Shields can be set manually for the Solarium, as well as all the planets of new players are protected by Shields in the first week of their game). The Occupation button may not be active if the player’s Orbital Station is on this planet of the player.
Read more about all hostilities in the section Battle mechanics. 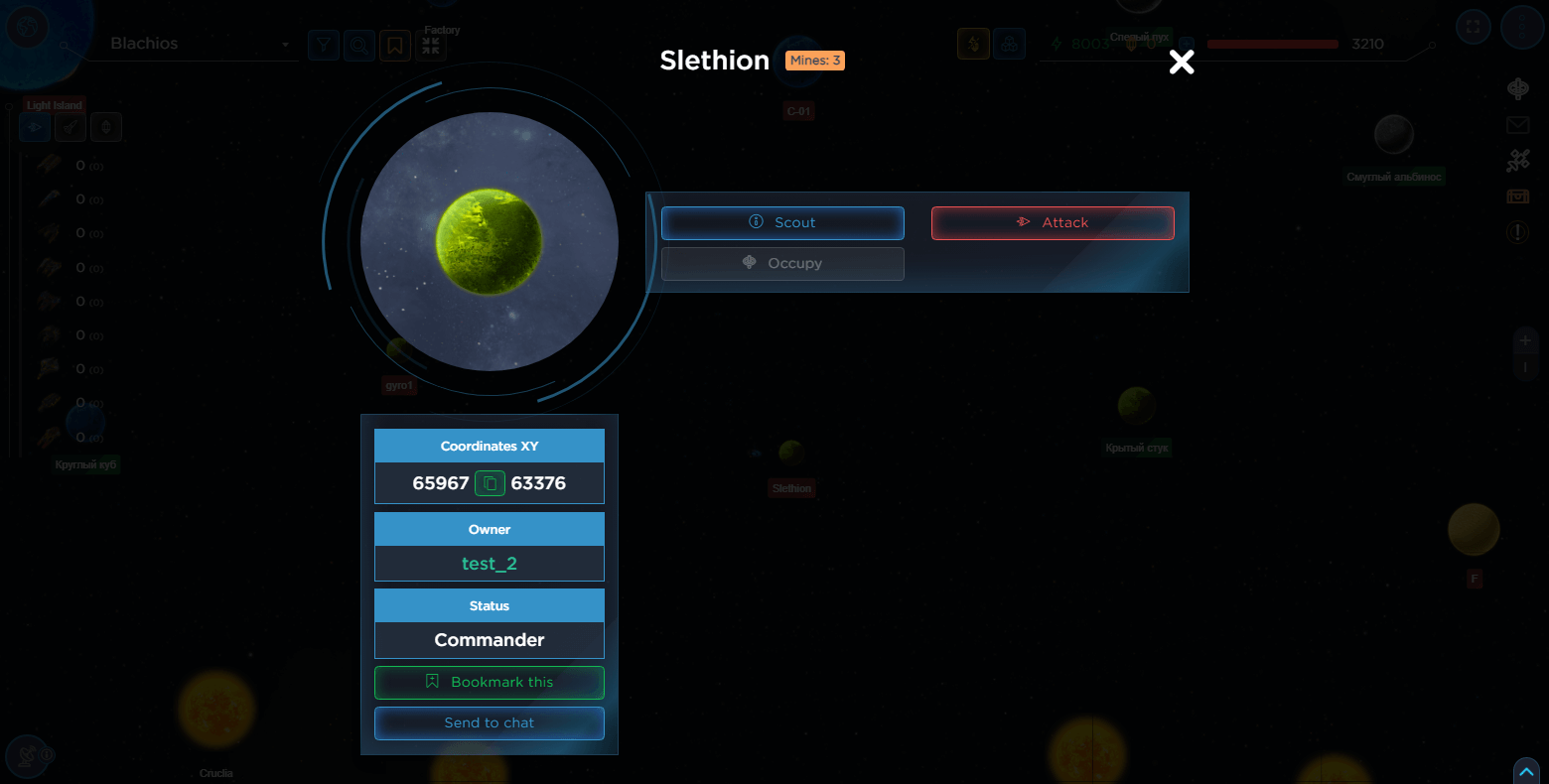