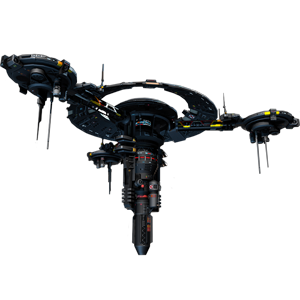 Each player has one Orbital Station, which allows you to store ships and resources (minerals, Energy, Solarium, modules) as well as learn skills and blueprints (only for heads of corporations). Players who are in a corporation have access to another Orbital Station in the corporate galaxy to store ships and resources, but without the opportunity to learn skills and blueprints. The station always binds to any of the player's planets and rotates around it, protecting the planet from being captured.


Available for Station is Hyper jump - you can move the Station to any of your planet a limited number of times a day. All ships that flew to the planet on which the Station was located before the hyperjump will try to land on this planet upon arrival, those ships that do not have enough free hangars for landing will fly to the new location of the Station.
Hyperjump is available once every 24 hours. There is a level 100 Skill “Hyper Jump”, which speeds up the cooldown of Hyper Jump, reducing this time by 11 minutes per skill level.
With each Hyperjump, the Station requires energy equal to 6% of the energy cost of all ships in the energy located at the Station at the time of the Hyperjump. There is a level 100 Skill “Energy Intensity of Hyper Jump”, which will reduce this 6% energy by 0.05% for each skill level up to 1%.
The process of moving a Station when Hyperjumping takes 25 minutes. There is a level 100 Skill “Hyper Jump Time”, which will reduce this time by 12 seconds per skill level up to 5 minutes.

Planets. A special section at the station, which shows the monitoring of all constructions (fleet and buildings) on all the player’s planets, the amount of minerals produced and makes it possible to quickly navigate the planets, install Shields, etc.

Power Station. The power plant in the Orbital Station converts minerals into energy. The processing efficiency is 1% (coefficient x0.01). There is a Level 100 Skill “Power Plant Efficiency on OS”, which increases the coefficient by an additional 5% (coefficient + x0.05) for each skill level up to a maximum of x5.01 (existing x0.01 + x5 for the most pumped skill).

Missions. - special missions (now only mineral delivery missions are available in the game), for which you can get an increased amount of Energy, x12 - x1.5 (depending on the level of the player). They are automatically generated 4 times a day and are available for a limited amount of time (24 hours). How to complete missions.

Laboratory. Allows you to study blueprints for subsequent production of Modules on Space Stations. This tab is only available to Chapters of Corporations.

Radar. The station has a Radar, with which you can see the movements of all your fleets, as well as all current attacks and blockades on your planets, and quickly navigate the attacked planets.
Attacks. All current attacks directed at your planets, as well as Blockades placed on your planets by other players.
Blockades. All Blockades you set on other players.
Support. All Support ships sent to and from you. Support and cooperative battles.
Transportation. All of your cargo fleets en route to planets / Orbital Station.
Unloading. All of your cargo fleets queuing to unload at the Space Stations. The minerals sent for processing and the approximate time spent in the queue will be indicated.
Stations. All of your cargo fleets flying to or from Space Stations for mineral processing.

Shield. You can add an Energy Shield to protect any of your planets directly from the Station. The shield guarantees the impossibility of attacking or capturing your planet for at least 6 hours, but does not protect against Blockades. What are Shields and Shield Generator.