How to upgrade fast

Missions in the game are one of the easiest ways to get a lot of energy (especially at the beginning of the game).

For completing missions in the game, Energy is credited with a coefficient from x12 to x1.5 (depending on your level) compared to simply processing minerals at the Orbital Station or at the Energy Station of the 20th level on the planet.

We have written a detailed guide for you how to complete Missions.

Any players (not necessarily members of a corporation / clan) can trade with Space Stations , bringing on them the minerals mined on the planets, in return receiving Energy with possible good bonuses (depends on the level of pumping the Command Center on the COP and the percentage set by the owner of the Space Station for different groups of players). 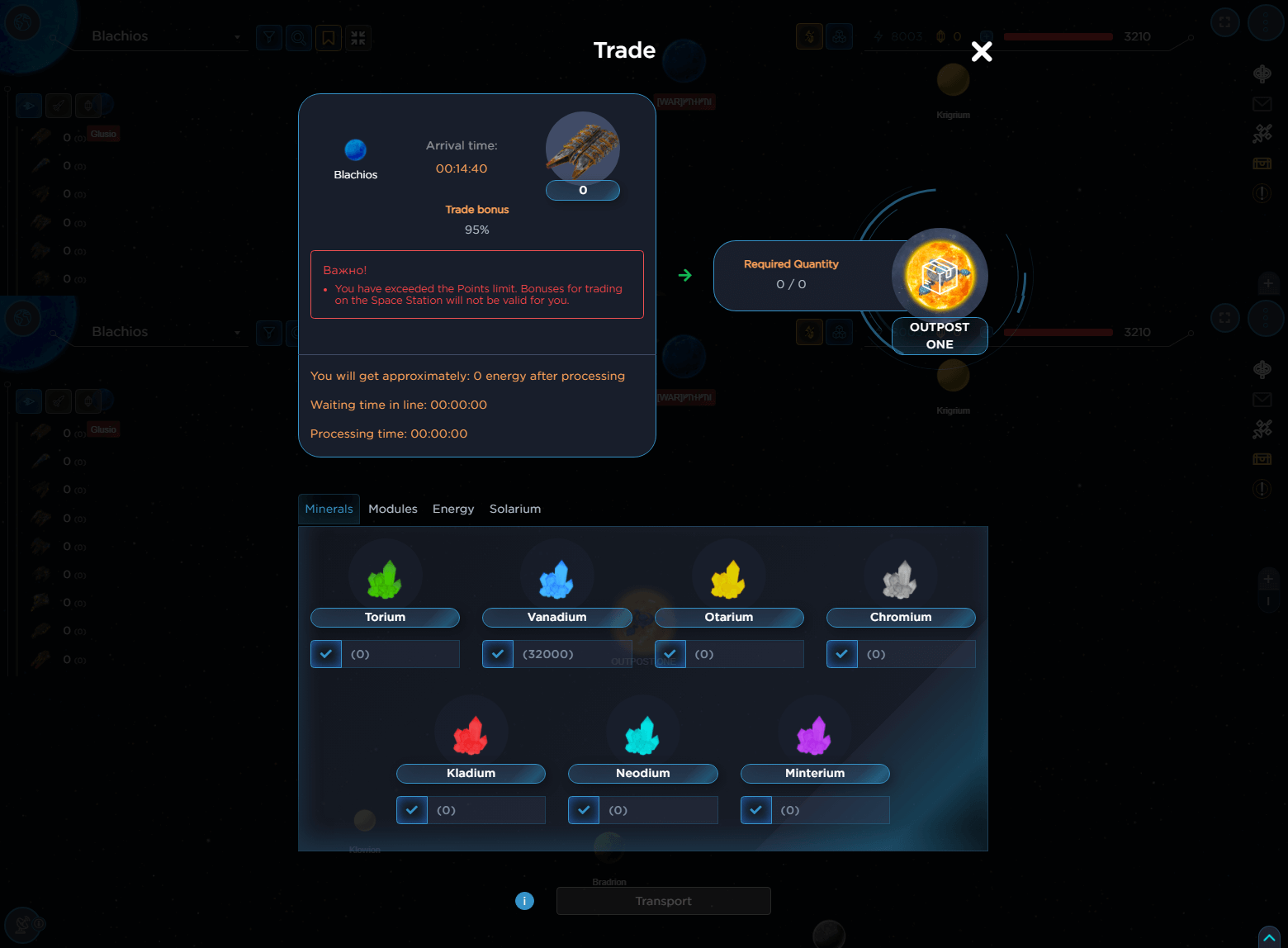 Before you start trading, you will see the Trade Bonus and how much Energy you will receive when sending minerals to the Space Station.

IMPORTANT! Players with an excess of the points limit, regardless of the pumping of the Command Center (Trade Bonus), will always process Energy at the SS with a coefficient of x1.5, and they will receive even less energy depending on the percentage set on the SS!

The corresponding warnings will be displayed about this until the moment of exchange: